As Phil James has pointed out many times, Galway is a city that has always been shaped by water. Up until the early 19th century it was a city of streams and islands. In fact, its original Gaelic name was Baile na Sruthán, City of Streams. No other geographical feature has influenced the history and development of Galway more than its waterways. The original Stone Age and Celtic peoples settled in Galway because of the abundance of salmon, eels, and trout in the rivers. The Anglo-Normans established their outpost in Galway in the 13th century because of the defensive characteristics provided by water on three sides. The strength of the River Corrib was harnessed during the 16th through the 19th centuries by creating canals and channels to drive water wheels that powered 30 businesses from milling to distilling.

Gradually throughout the 20th and into the 21st centuries all of this rich history and the culture that developed alongside the rivers have been forgotten. But over the last decade and more, thanks to the efforts of volunteers led by Phil James of the Galway Waterways Foundation, Corrib Beo, the Galway City Salmon Angling Association, Galway Civic Trust, GCDB’s National Environment and Waterways committee, GMIT and NUI Galway and agencies such as that Local Authority Community Water Office and the Inland Fisheries Ireland (IFI), the city’s 13 kilometre, intricate system of rivers and canals are slowly getting the recognition that they deserve. 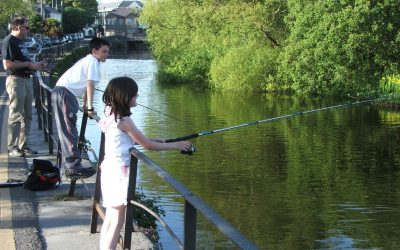 The Eglinton Canal was constructed between 1850 and 1852 for three purposes. The first and most well known was to connect Lough Corrib to the sea at Galway so that goods could be transported in both directions. The second and less well-known reason was to provide a...

END_OF_DOCUMENT_TOKEN_TO_BE_REPLACED 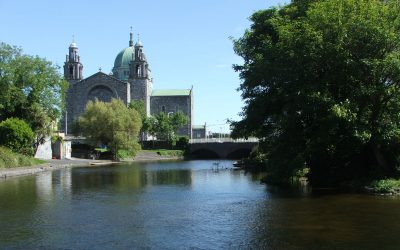 The Gaol River is a natural water course that originally branched off the main River Corrib and flowed through the city dividing the two islands, Altenagh and Nun’s Island. Two major mills were located approximately half way down its length. The Gaol River was...

END_OF_DOCUMENT_TOKEN_TO_BE_REPLACED 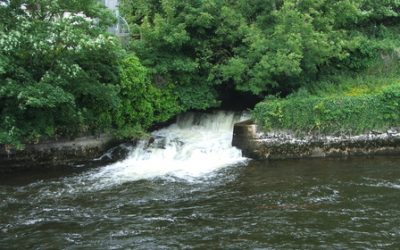 The Distillery River is in actuality a canal that was made out of an original river that flowed out of the River Corrib further north then back into the Corrib further down thus forming Earl’s Island. It was channeled some time in the early nineteenth century to drive...

END_OF_DOCUMENT_TOKEN_TO_BE_REPLACED 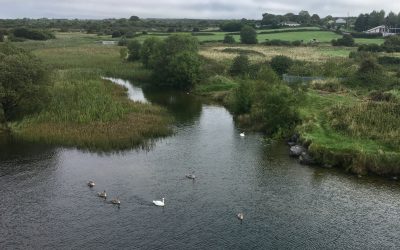 Although the least well known and the least appreciated of all Galway’s rivers it is the most unusual and the most interesting. It winds like a snake through several neighborhoods but if stretched straight would extend to just under 4 kilometers and be of all Galway’s...

END_OF_DOCUMENT_TOKEN_TO_BE_REPLACED 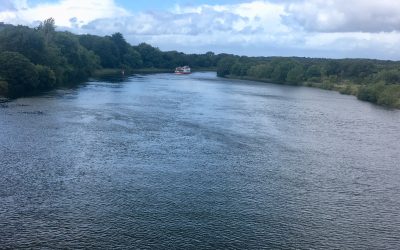 The Corrib River connects Lough Corrib to the sea at Galway. Although one of the shortest rivers in Europe at just over 6 kilometres. it is reportedly the second fastest on the continent and in terms of volume of water displaced second only in Ireland to the Shannon....

END_OF_DOCUMENT_TOKEN_TO_BE_REPLACED
Translate »
Don`t copy text!
We use cookies to ensure that we give you the best experience on our website. If you continue to use this site we will assume that you are happy with it.Ok