Galway as a National Park City- Where It All Began

Eco Eye, the popular Irish television series, came to Galway in the summer of 2002 to investigate the development of Ireland’s largest urban woodland project. Terryland Forest Park opened on a Sunday in March 2000 when c3000 people came to plant native Irish trees. Under the management of what was then Galway Corporation (now Galway City Council), an ambitious programme of rewilding an urban landscape began that would over the years include creating wildflower meadows as well as woodlands. The programme was broadcast on RTE in 2003 and included interviews by Duncan Stewart and his Eco Eye team with Kevin Collins, Stephen Walsh, Brendan Smith and Lol Hardiman.

As can be seen in the programme, this pioneering project with EU funding worked under a partnership of central government, the local authority, artists, schools, environmentalists, scientists, and local residents. Its visionary founders were even then talking about the need for ‘wildlife corridors’, inclusivity, art in nature, rekindling the connections between people and Nature, community engagement and partnership with all sectors working to undo urban sprawl and create what they hoped would be Ireland’s first ‘Eco City’. In 2020, some of the same people are working towards the concept of a National Park City for Galway. 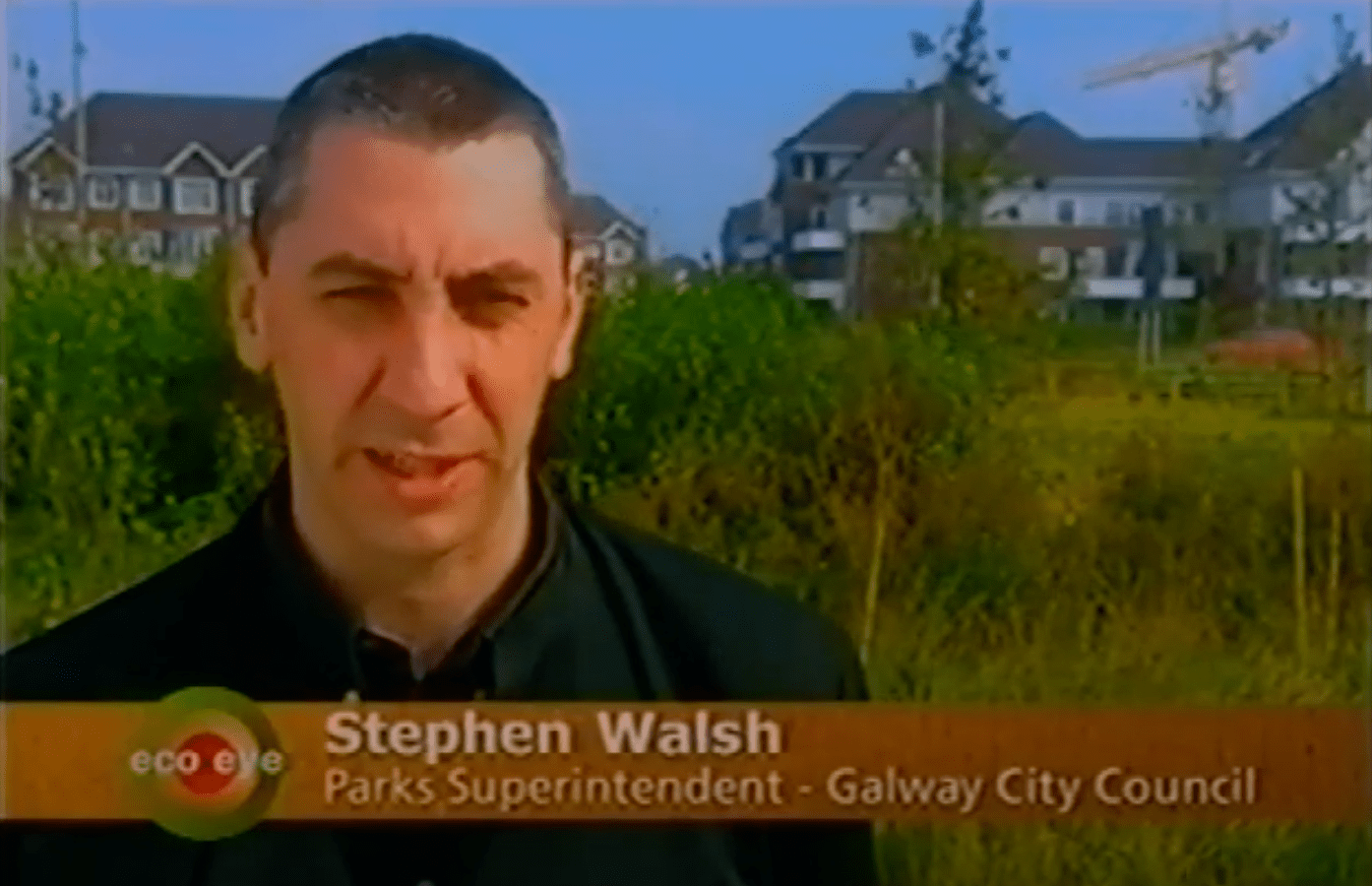