The Corrib River connects Lough Corrib to the sea at Galway. Although one of the shortest rivers in Europe at just over 6 kilometres. it is reportedly the second fastest on the continent and in terms of volume of water displaced second only in Ireland to the Shannon. Approximately  105 cubic meters per second flows down the Corrib. This amount of water would fill a 25 meter swimming pool 18 times in 1 minute. The weight of this volume of water travelling at high speed translates into huge power. A study by University College Galway in 1985 found that the Corrib could produce the equivalent of 22 million units of electricity per year, assuming only 60% efficiency, which would be enough to provide all the electricity requirements of 5000 households. All of this volume, weight, and speed are perhaps not surprising when it is considered that the Corrib is the only outlet to the sea of the entire Carra, Mask, Corrib catchment in Counties Mayo and Galway. 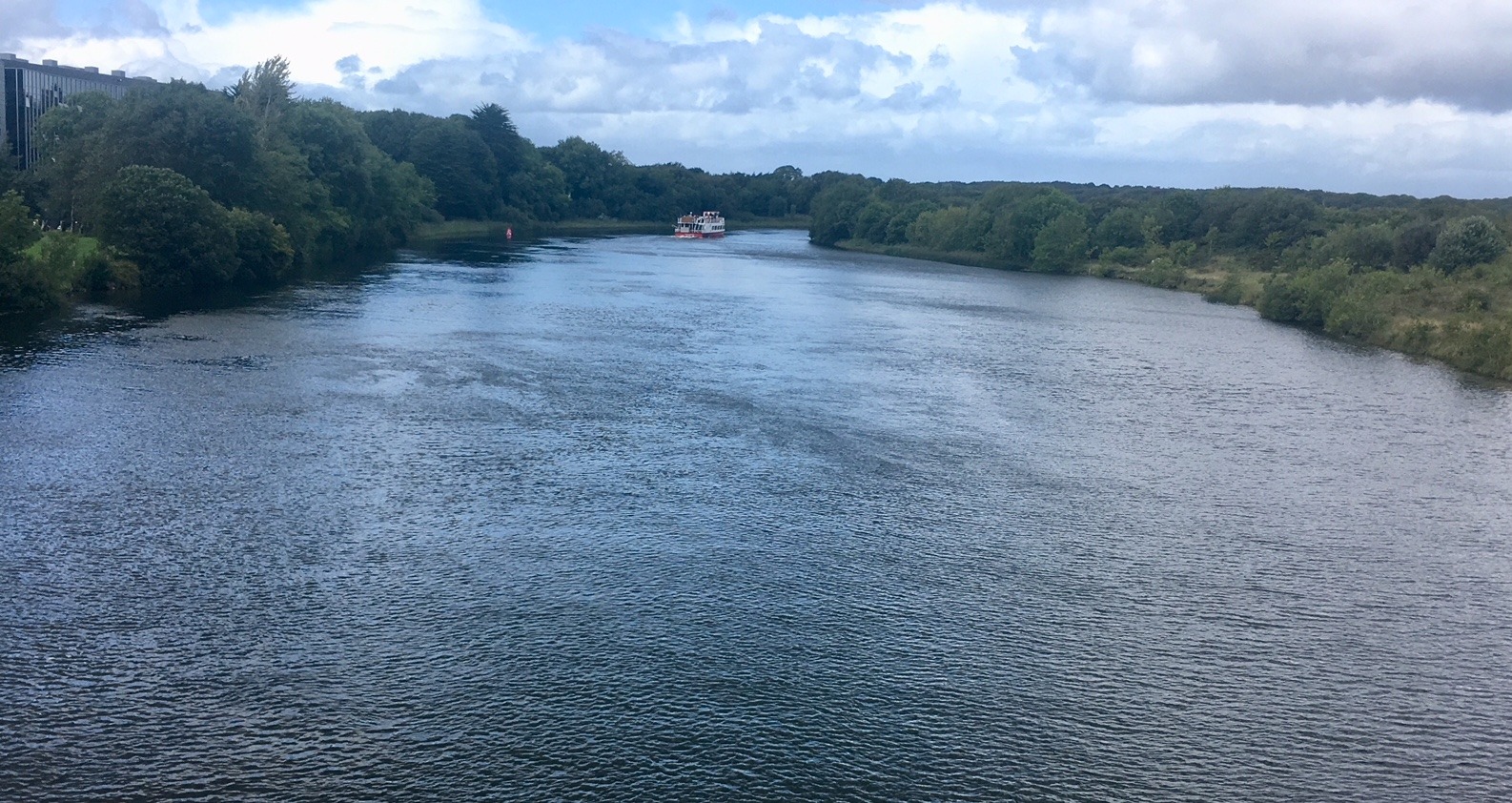