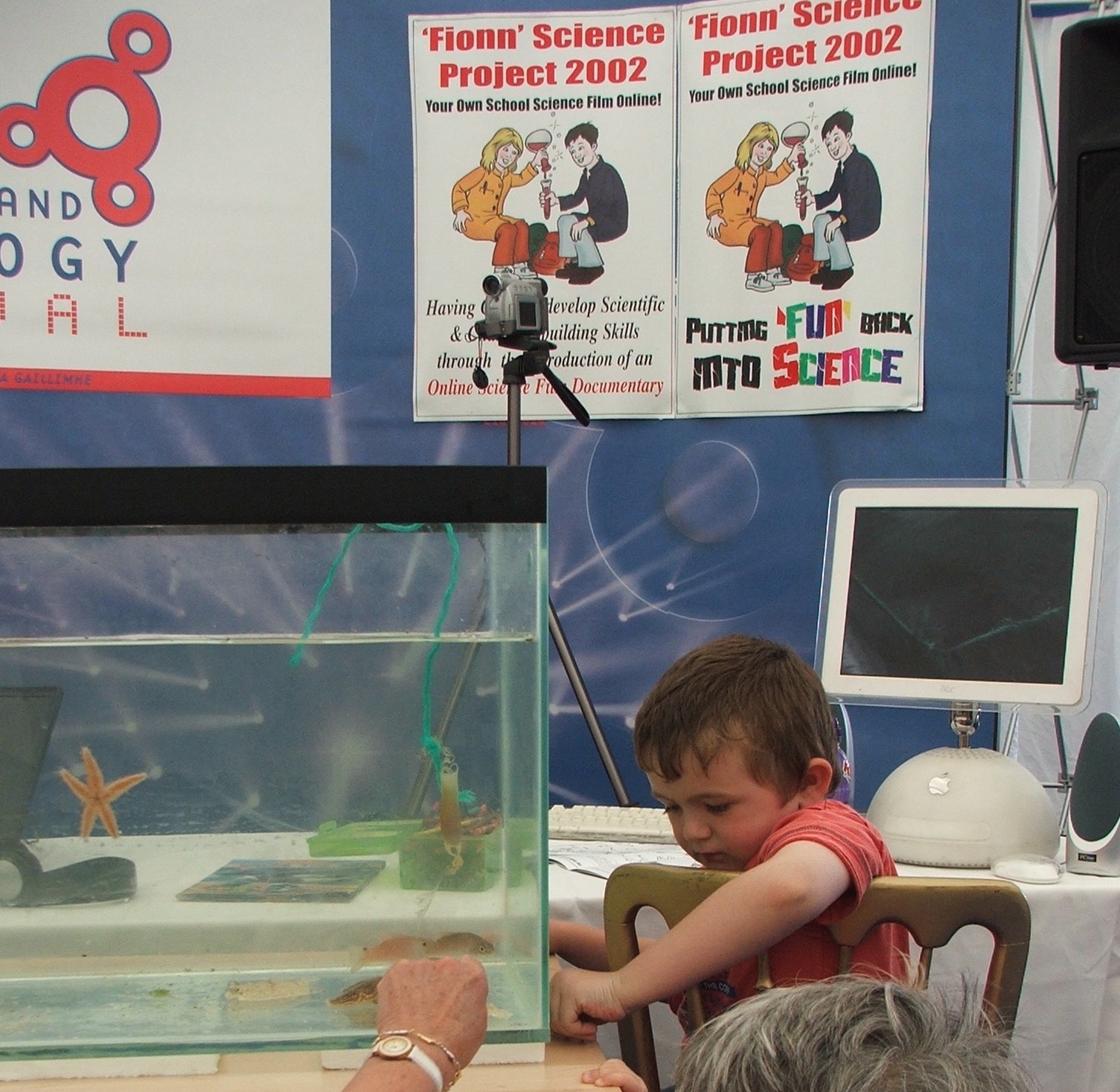 In January 2002, the Galway Education Centre rolled out the ‘Fionn’ project to 35 Galway city and county schools, a government-funded programme to prepare teachers for the introduction of science into the Irish primary curriculum in September 2004. Science as a subject had been withdrawn from primary schools to be replaced by the Irish language in the early years of the Irish Free State. Galway was taking the lead in its re-introduction which represented a major nationwide restructuring of Irish education.  Each of the participating schools were provided with a laptop, a high speed (ISDN) Internet line, movie equipment and movie production training in order to make a series of child-centric videos every year for four years related to science and technology but taking in other aspects of the school curriculum such as languages, music, history, geography and art.

A supportive directory of external local scientific, technology and engineering experts was drawn up of volunteers from Galway Atlantaquaria, GMIT and NUI Galway and the Western Regional Board who were willing to make themselves available to help schools with their Fionn film projects.

These films became invaluable online learning resources for many schools across Ireland over a number of years at a time when suitable quality web content was limited especially that which was co-produced by young people themselves. The Fionn project was managed by Brendan Smith working under the auspices of Bernard Kirk who was director of the Galway Education Centre.

Many of these films had environmental and ecology themes.
Here are two examples of the top quality films made by these children two decades ago.

In the spring and summer of 2004, the 6th class of St. Nicholas National School produced ‘The Mute Swan of the Claddagh’, a film documentary for the Fionn Primary School project on the life cycle of this iconic bird. Over a period of few months, the children and their teacher undertook some excellent video footage of a family of swans living near to the school.

Check out the first video below.

In early 2002, Scoil Iognáid produced a Fionn film entitled ‘Cathair na Gaillimhe 2002, Truailliú San Aer?/Pollution in the Air of Galway city 2002?’. The young scientists involved undertook detailed surveys of Galway’s road users including on how children travelled to school (only 2.22% went by bike whilst 81.78% went by car/lorry) and experiments to ascertain the levels of pollution in the air.

Check out the second video below https://youtu.be/Cw5IXI7cmDU