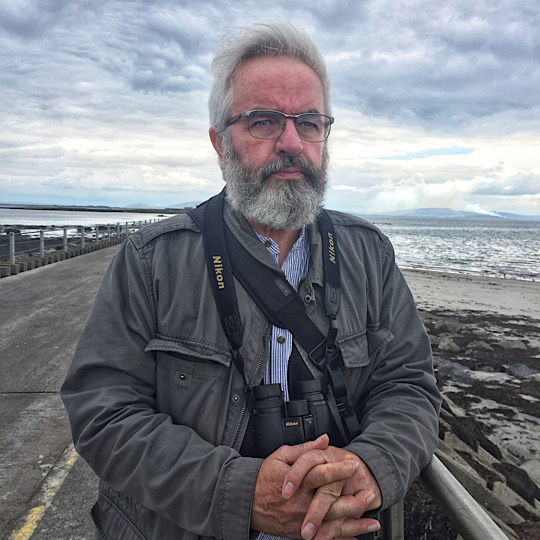 Ornithologist, architect, citizen scientist, wildlife photographer, actor, genealogy enthusiast and teacher of the beautiful art of origami, Tom is certainly a ‘Man for All Seasons’. A worthy champion for the National Park City Galway.

His photographs of birdlife along the seashores, rivers, woodlands and gardens of Galway has introduced to so many the spectacular wildlife that exists in and near our city. For nearly a decade his guided birdwatching tours of different habitats were a big hit with schools across Galway city and county. Since 2010, his interactive demonstrations of origami have proved to one of the most popular exhibits at the annual Galway Science and Technology Festival Fair in NUI Galway.