Officially known as the ‘Lungs of the City’, Terryland Forest Park was the largest urban neighbourhood forest project in the history of the Irish state when it commenced in January 2000. Initiated as a result of years of campaigning by community groups, 120 acres were zoned in the late 1990s by Galway City Council for a new woodland and riverine park.

Approximately 100,000 native Irish trees and tens of thousands of wildflowers have been planted by the people, schools and council staff of Galway city, thus creating an expansive mosaic of multiple wildlife habitats for a wide variety of flora and fauna located not far from the city centre that connects into the vast Lough Corrib waterways, one of the most cherished areas of biodiversity in the country.

Within its grounds or on the park’s periphery lies a rich fabric of Galway city’s history that includes working farmlands, the ruins of a medieval castle, the site of World War Two urban allotments, remnants of a 19th century railway line, 19th century engineering waterworks, and a long dyke wall constructed as famine relief during the Great Famine (An Gorta Mór) of the 1840s. 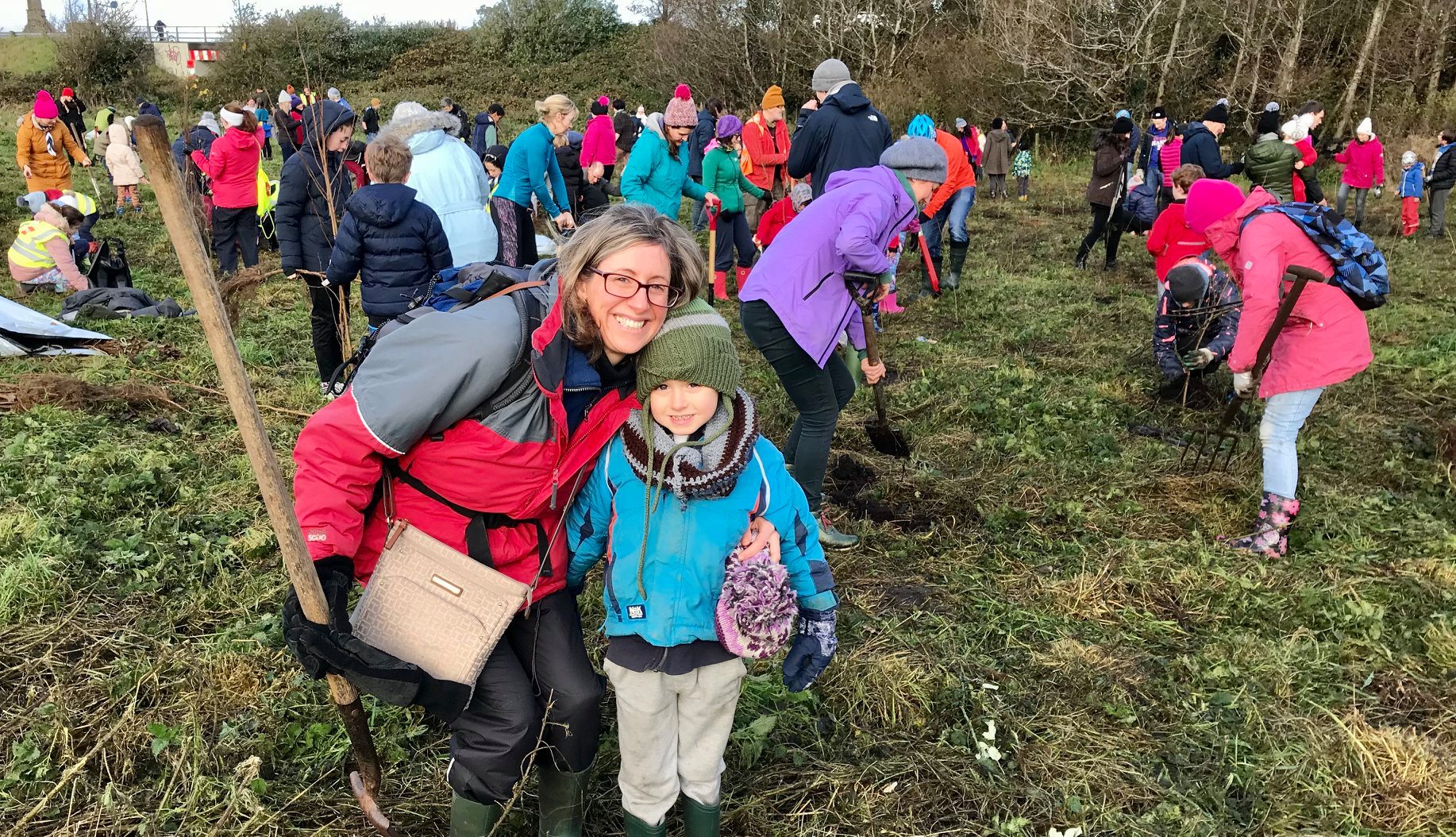