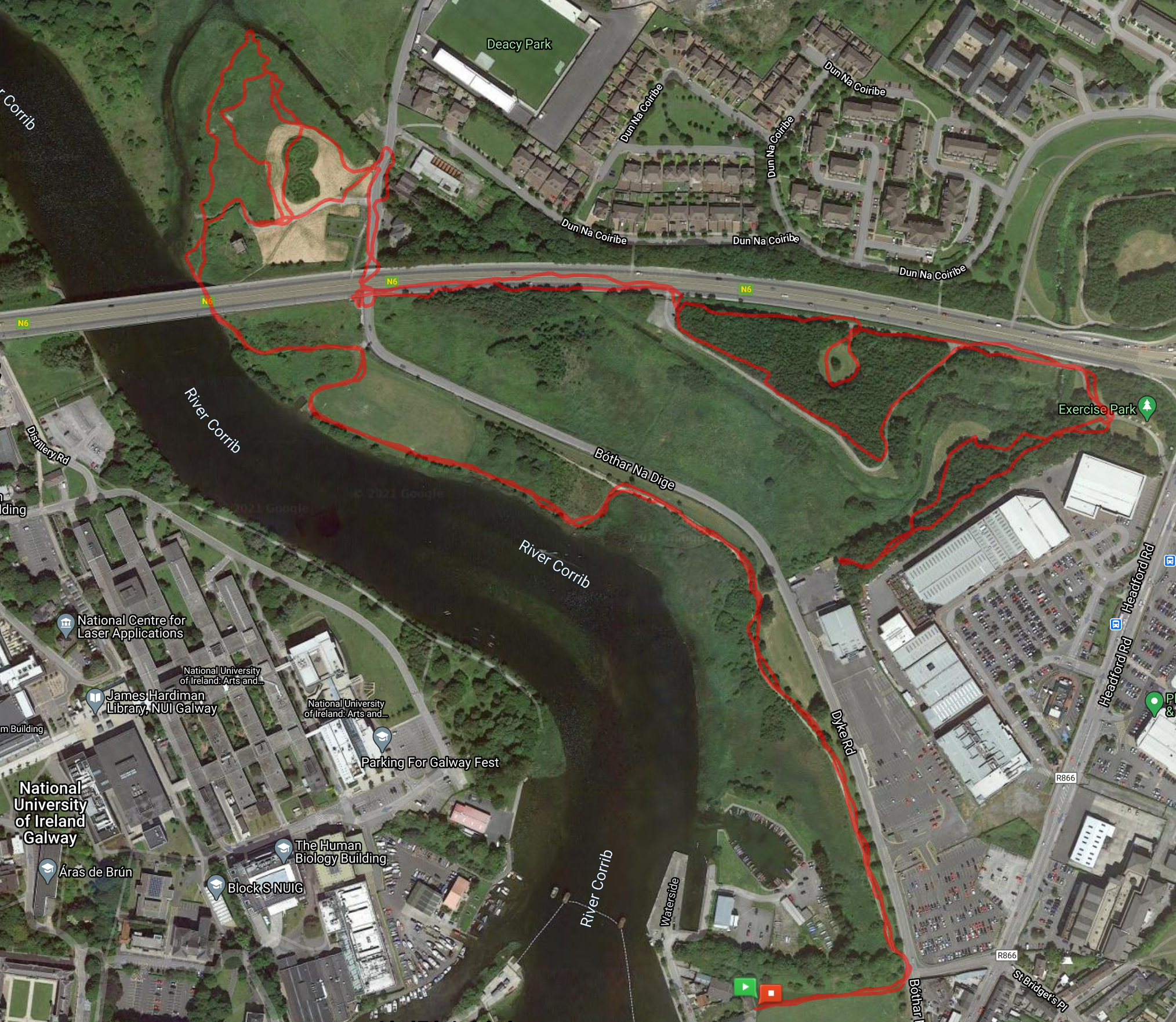 Start/End point: At the foot of the embankment near the Woodquay entrance to the Plots on the Dyke Road.

‘The Plots’ sports playing pitch takes its name from its former role as an area of ‘allotments’ for the growing of vegetables by local population. The road takes its name from the construction of a dyke during the mid 1840s much of which was built as relief works during the great Famine (An Gorta Mór) with the stone quarried from nearby Terryland and Coolough.

The trail follows a route along the pathway on top of the dyke wall, pass Terryland Castle, the southern tip of Jordan’s Island, a Celtic spiral maze made of yew trees that were planted in 2006,  onto a footbridge over the Terryland River opposite the lovely but abandoned Victorian-era Waterworks, before reversing to go under the Quincentenary Bridge to climb up the steps to enter the Terryland Forest Park from the Quincentenary Bridge Road. Circumnavigate this section of the park before retracing one’s steps to return to the starting point at the Plots. 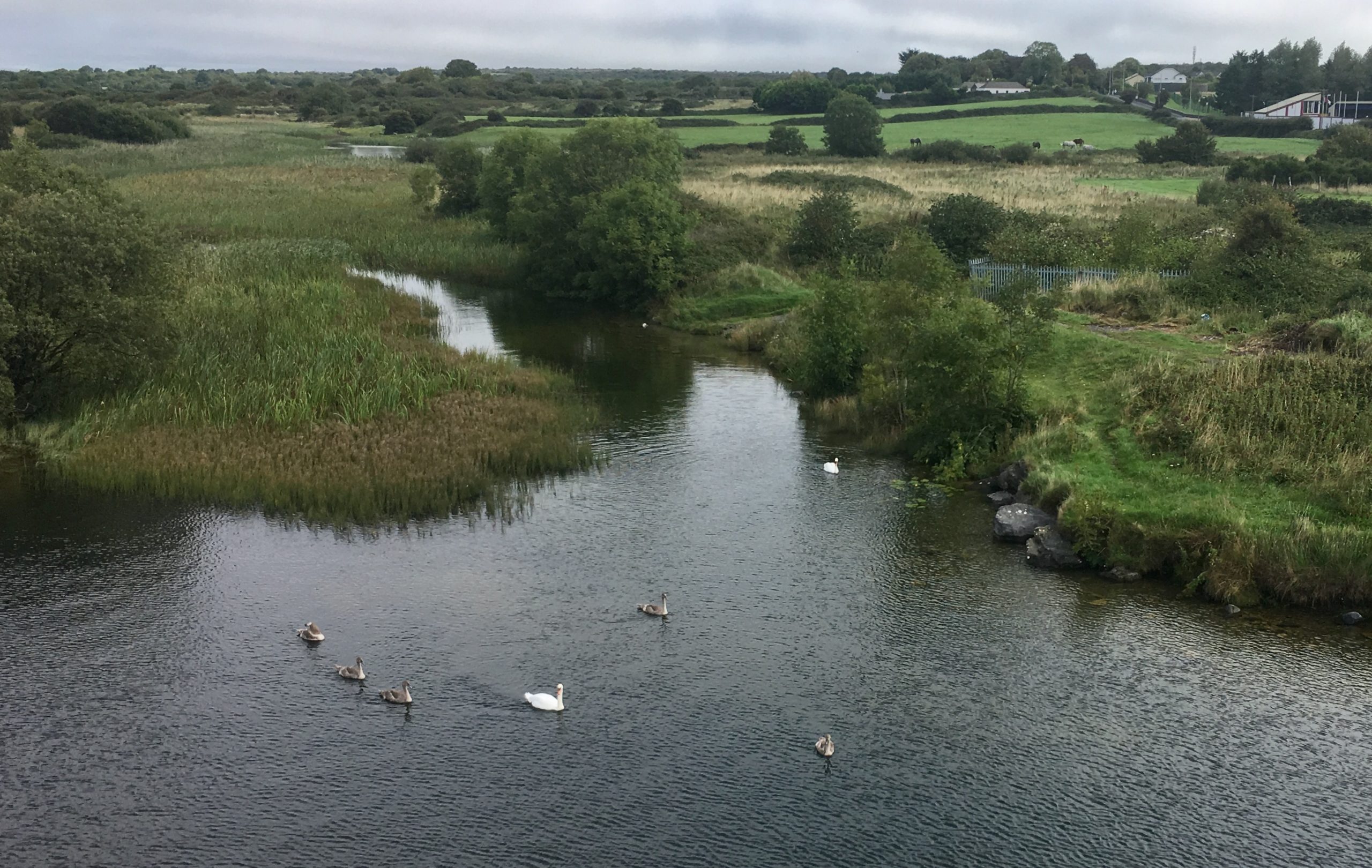