Start/End point: Terryland Forest Park gate entrance beside the traffic junction on the Headford Road and adjacent to Currys store in the Galway Retail Park.

The trail goes through the grounds where c3000 volunteers turned up on Sunday March 11th 2000 to plant the first trees in Terryland Forest Park. All the trees planted in this park are native Irish. The first feature on the walk is the Outdoor Gym populated with a range of exercise equipment. The marshy grassland on the left of the entrance used to be the site for the annual erection of a large lights-covered Christmas Tree in the early 2000s.

Taking the path to the left one passes woods that were planted in 2014-2016 with a range of native wildflowers, wild garlic and bluebells being the most prominent.

At the end of this stretch lies a most beautiful bubbly little brook in a stream that flows into the Terryland River.  Turning back towards the Quincentenary Bridge Road, one passes over a bridge that was the site for could have been the first canal constructed in Ireland. In the final decade of the 15th century Galway Mayor Lynch attempted to have a canal built to connect Lough Atalia to the Corrib River so that sea-going vessels could sail up to the towns along the shores of shores of Lough Corrib such as Oughterard and Cong. Unfortunately it was never completed. The Terryland River is unusual in the sense that it is tidal and flows out of rather than into a large body of water (body). Before the Dyke Road was built it was much more extensive and flooded a lot of the 160 acres that today forms the forest park. In this stretch of the river aquatic birds such as heron, kingfisher, coot, mallard and moorhen can be seen. Pass the bridge lies a large meadow planted in 2012 which contains a myriad of wildflowers such as cowslip, bee orchid and knapweed. As well as the trees, the woods here contains daffodils, foxglove and wood sorrel.

The large round grassland in the middle of the woods is known as Druid’s Grove. It is defined by a circle of oak trees with one solitary oak in the centre. Was laid out to serve as an outdoor spot for small musical and fun events especially for children. 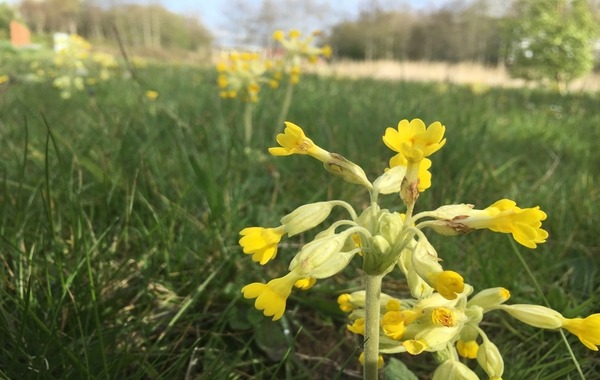 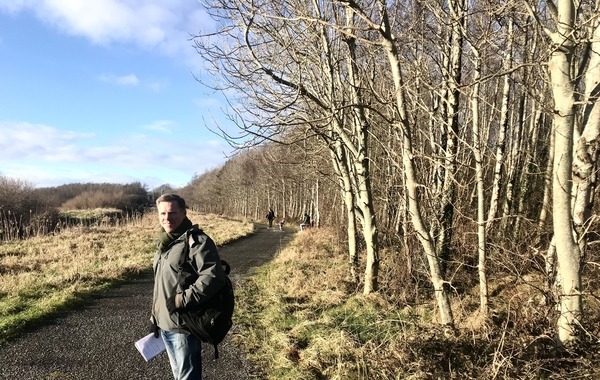