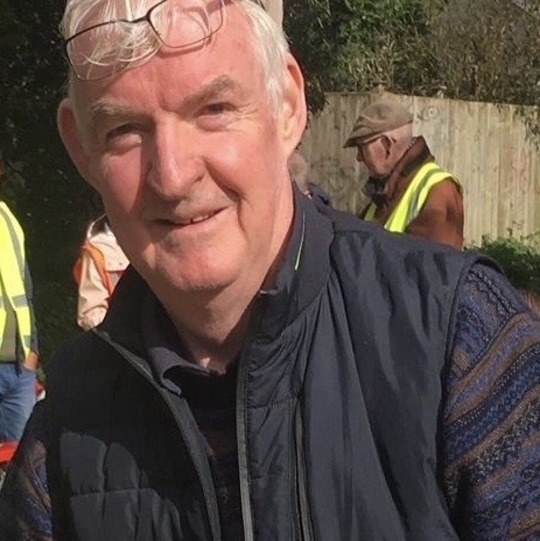 Sean Duffy was raised on a small farm in Creggs in north east Galway where children were always encouraged to respect and appreciate nature and to always have an ‘ear to the ground’. Following retirement, he went looking for a hobby that would be both interesting to himself and be beneficial to the environment. He became aware of the merits of beekeeping and the extent of the threat that the native Irish bee (apis mellifera) faced. In April 2012, he learnt that a new beekeeping association(Tribes Beekeepers) was being formed. Here he was introduced to a totally new language of ….. queens, workers, drones , nucs, swarms, etc. Sean chaired the Tribes Beekeeping Association for two years.  He was also a member of Cumann na bFhear (Men’s Shed) where a number of members were involved or had an interest in beekeeping. Many of them had also been involved with community gardens and for some time the idea of acquiring  bees had been discussed. Finally, a suitable field site for an apiary was donated by a landowner in the city. This gave him and the Cumann members the opportunity to acquire bees which in turn gave rise to a request for information on bees and beekeeping. Sean facilitated public classes during the spring of 2020 which were unfortunately interrupted by Covid19 but will be completed when It is safe to do so.