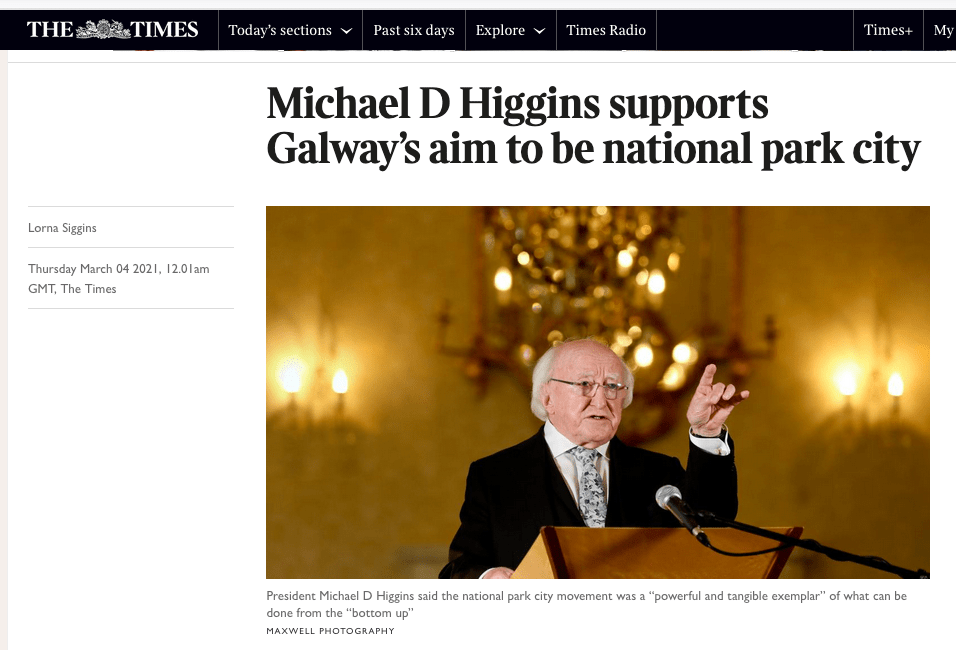 A bid by Galway to become Ireland’s first “national park city” has been endorsed by President Michael D Higgins.

London became the world’s first such city in 2019, as a result of a community movement, and Adelaide in Australia and Newcastle in England are seeking similar status.

The president said that projects such as the national park city movement are a “powerful and tangible exemplar” of what can bed done from the “bottom up”, creating an “environmental consciousness” that is “powerful, far reaching and lasting” in terms of results.