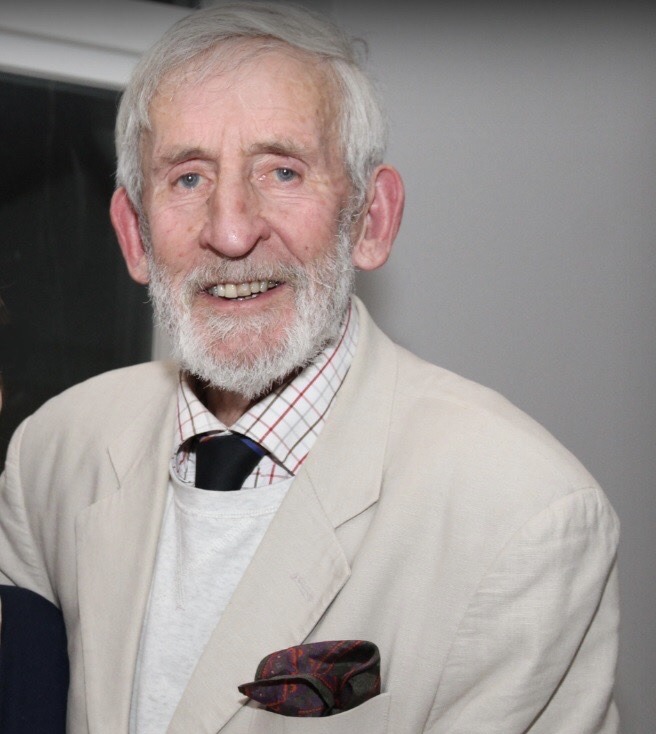 Míċeál P O’Cionnaith (Michael Keaney) is the person who more than anyone else saved Galway’s past from destruction for the benefit of present and future generations,

Míċeál was an engineer with Galway Corporation (now Galway City Council) from 1964 until his retirement in 2001.  Throughout Míċeál’s career he had a passion for our city’s built and natural heritage, that included parks, old buildings, waterways and vintage machinery.

It’s hard to imagine now that only a few decades ago many of our landmark buildings which contribute hugely to the attractiveness of Galway city were once derelict and on the verge of collapse.  The attractive streetscapes of our Latin Quarter once contained roofless buildings with trees growing up through them and many of our flourishing restaurants and cafés occupy formerly derelict buildings.  Míċeál took his love for Galway City and a vision of what it could look like and found a way, on very limited budgets, to bring back various buildings from near ruin. Today these buildings are living, usable spaces, serving as a reminder of the roots of our medieval city and giving us all pride in those origins.

Among his notable achievements were:

leading the team that established the city’s first municipal museum in 1976 (near to the site of the present museum).

saving the ruins of Terryland Castle from total collapse by installing scaffolding.

preserving the original Waterworks buildings on the Dyke Road dating from 1867 as well as in the sourcing and installing nearby the lovely metal footbridges.

sourcing and installing an historically accurate weighing crane at The Small Crane in the West End of the city.

opening up of Barna Woods and Merlin Woods as public amenities.

and the restoration of the 19th century ‘photographic house’ on Clonbrock demesne.

It is a measure of Míceál’s love of restoration that at 85 years of age he still gets up every morning and continues his work to restore Castle Ellen House, a two hundred year old country house near Athenry. He purchased Castle Ellen House in 1974 when it was on the brink of dereliction and has spent the last four decades restoring and preserving this national asset.

Míceál has now taking on a new cause, namely in lobbying to preserve and to enhance the city’s waterways.