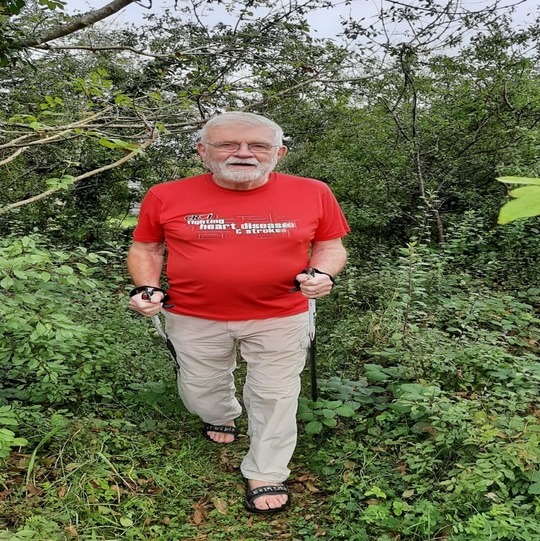 Liam has been renowned and respected in Galway over many decades for his pioneering activities in information technology. An employee of Digital Equipment Corporation (DEC) Galway from the 1970s to the 1990s, where he achieved great successes at what was once the second largest computer manufacturer including setting up a pioneering electronic newspaper in 1987 for DEC staff overseas. It was in fact the first online newspaper ever published in Ireland, becoming in 1994 the famous ‘Irish Emigrant’. Aimed at the Irish diaspora, it was bought by Irish-American publisher Niall O’Dowd in 2012 and was joined with the New York ‘Home and Away’ publication to become the new weekly Irish Central. In 2008, he was a founding member of the Computer and Communications Museum of Ireland. In 2011, Liam was awarded an Honourary Degree by NUI Galway.

But after a hectic life in the ever-changing fast paced pressurised world of computing, Liam discovered the more slow moving joys of long distance walking. Along with his constant travelling companion, his wife Pauline, he took to it like a fish to water. In retirement, he has found the time to reach the top of most of Ireland’s highest mountains and walked many of the country’s iconic trails, including the Waterford Greenway (47km) and the Causeway Coast (51km). But Ireland was only the start of a new found love affair with life in the slow lane. Liam has been to many of Scotland’s most famous peaks including Ben Nevis and Ben Lomond. In the USA, he and Pauline walked to the bottom of the Grand Canyon. Over 35 days in 2010, they trekked along the 800km ancient pilgrim’s route of Camino de Santiago. They have now walked a total of 2,300km along different Caminos. Liam’s favourite is the 960km trek along the Via de la Plata, which stretches across Spain from Seville to Santiago.

Since his first Camino, Liam enjoys almost daily 5km early morning looped walks along the rural roads in his home locality of Menlo. He feels that the beautiful traditional bótharíns (boreens) of this rural landscape most of which lies within the urban boundares, many with the most scenic views of Lough Corrib, are proof positive that the foundations for Galway becoming a National Park City, namely an interconnecting network of natural green and blueways, are already in place.