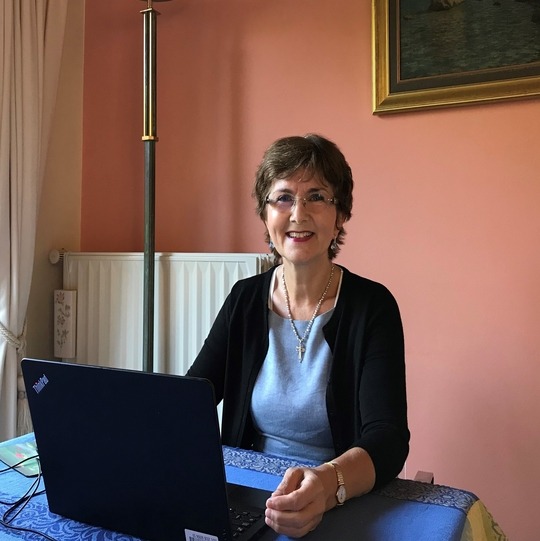 Kathryn Tierney, European Champion
In her role as a key policy coordinator at the Directorate General Environment of the European Commission, Katheryn Tierney feels strongly that the aims and principles of the National Park City Galway initiative fulfils many of the main priorities of the European Green Deal which will be the central environmental and economic focus of Europe now and into the future.
Kathryn has a Master’s degree in Engineering Science from National University of Ireland, Galway.  She started her career as a manufacturing engineer in Digital Equipment Corporation (DEC) in Galway, and later worked for the Irish Science and Technology Agency engaged in technology transfer from research to industry.  In 1991, she left Ireland to work for the European Commission in Brussels on a research initiative for computer-aided manufacturing systems.  In 1997 she moved to the Directorate General responsible for the Environment,  where she has worked on chemicals and GMO policies, before becoming a policy coordinator at the Department level.  In her current position, she helps to ensure smooth decision-making on the top three priorities of the DG Environment for the European Green Deal –circular economy, biodiversity protection and zero pollution

An Introduction to the European Green Deal
The European Green Deal is a new growth strategy – for a growth that gives back more than it takes away.   At its heart is the goal to become climate neutral – no net emissions of greenhouse gases – by 2050, with an interim target of at least 55% emissions reduction by 2030.  For that to happen, the European Green Deal aims to rethink policies for clean energy supply across the economy, industry, production and consumption, large-scale infrastructure, transport, food and agriculture, construction, taxation and social benefits.  In rethinking these policies, the goal is to increase the value given to protecting and restoring natural ecosystems, to the sustainable use of resources and to improving human health.  The Green Deal will use all policy levers – regulation and standardisation, investment and innovation, national reforms, dialogue with social partners and international cooperation.  And it commits to leaving no one behind in this transformation, creating a Just Transition Fund to support those people and regions that will have bigger and more costly changes to make.