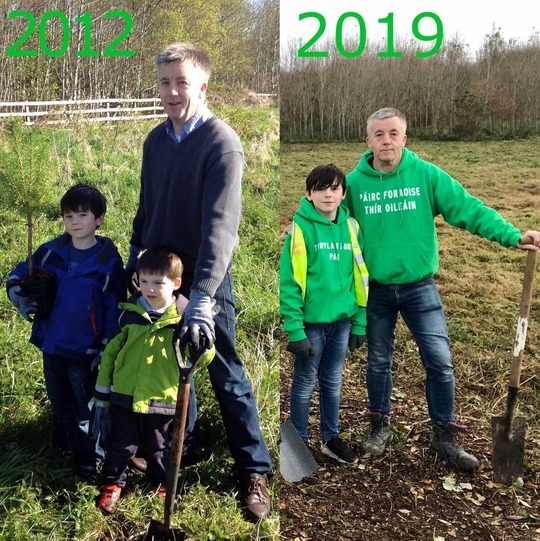 It is the teenagers of the world epitomised by Greta Thunberg that are taking a leadership role in the battle against Climate Change and demanding real rather than token action on the issue that is causing such devastation to life on the planet.

In Galway young people are no different and many are involved in school and voluntary projects promoting positive action on global warming, pollution and wildlife protection.

Jack, along with his dad Diarmuid Keaney (& brother James), has been planting trees in Terryland Forest Park since 2010 providing homes to a range of flora and fauna. He has also being regularly involved at the Computer & Communications Museum of Ireland at NUI Galway in repairing old computers and telephones, often upskilling this hardware to different uses and providing a new lease of life, thus saving them being dumped and becoming part of eWaste- the fastest waste stream in the world.

Jack is a true veteran of sustainability and environmental action and a role model for other teenagers to follow.

Photo shows Jack, his older brother James and his dad planting trees in Terryland Forest Park in April 2012 whilst the image on the right was taken in November 2019 of his dad and himself planting trees in the same park as part of the community ‘plantathon’ organised by the Galway Science and Technology Festival