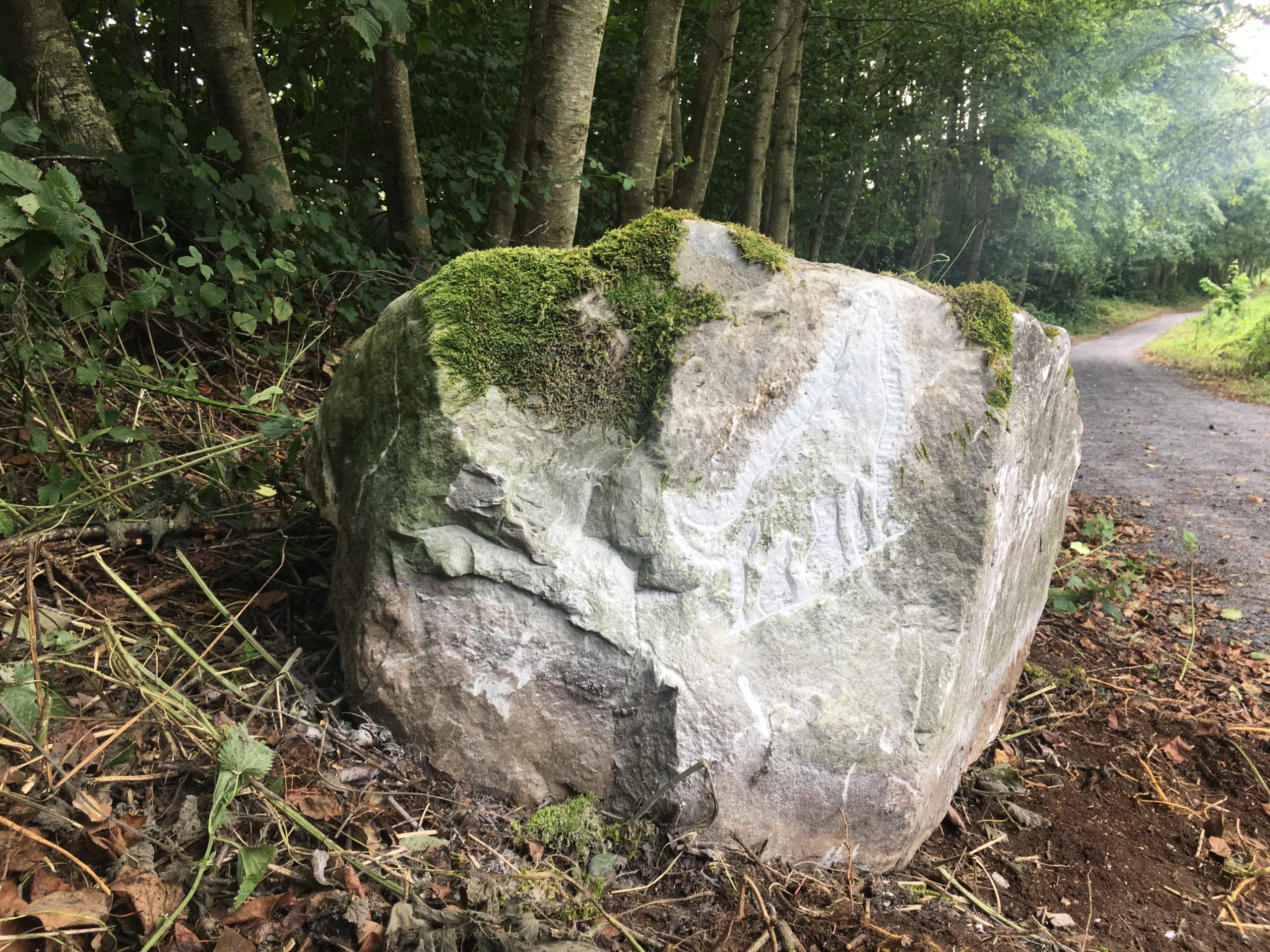 A series of trails are been developed in Terryland Forest Park as part of an Outdoor Classroom ethos and as a visitor attraction for the city. These developments are designed to make Irish people aware that today’s large scale destruction of forests and apex fauna for purposes of farming, logging and hunting that is happening today in tropical America, Asia and Africa occurred in Ireland’s past. The disappearances of these wild landscapes also led to the annihilation of the culture of the indigenous Celtic peoples which was based on a more harmonic relationship with the natural world.

The Extinction Trail comprises a series of large sculptures carved into large rocks that portray animals that once dwelled in Ireland. The Brown Bear, Grey Wolf and Wild Boar were creatures that had a powerful presence in the mythology of the ancient peoples that they shared the lands with.

The Ogham Trail consists of information signage and sculptures embedded into large rocks that portray Ogham, the earliest form of writing in the Irish language which was used by the Celts from the 4th to the 6th century. Ogham is often referred to as the ‘Tree Alphabet’ with probably all of its original symbols associated with tree species such as birch, oak, ash and hawthorn. Their use of such assocations to represent human language should not be surprising as the ancient Celts revered the natural world especially trees which they viewed as having a powerful supernatural essence.