Introduction to a National Park City’ 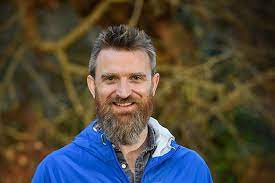 An Invitation to ‘Introduction to a National Park City’: 11am, Tuesday September 14th

A very special online information meeting has been organised for the benefit of the councillors and officials of Galway City Council on the National Park City designation which will take place from 11am until 12.30am this Tuesday (Sept 14).

The meeting is being organised by the champions of the Galway National Park City (GNPC) initiative and will be chaired by Micheál Ó Cinnéide, ex-Irish diplomat, ex-director of the Environmental Protection Agency and ex-director of the Marine Institute.

This will be followed by presentations from developers on the impact that the National Park City designation has had on London.

Then members of a diverse panel of four experts will each speak for five minutes:

After the presentations have been completed, the meeting will be open for questions from city councillors and officials.