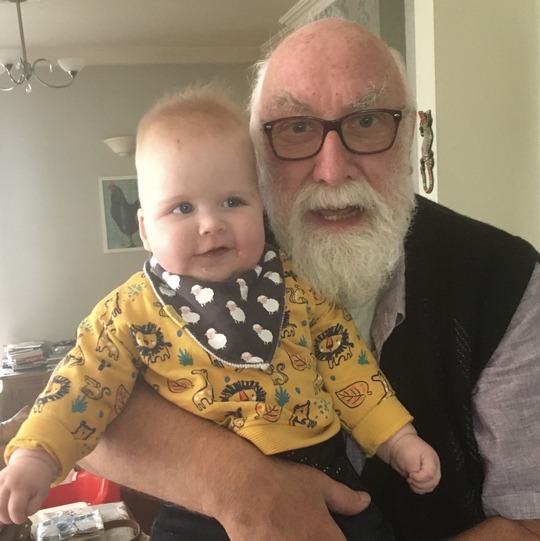 Derrick Hambleton has since the mid 1990s played a major role in promoting sustainability, protecting the environment and defending Galway’s precious built heritage. In the process he has acted for many years as a major resource and fount of knowledge for local communities and to those in the environmental movement, as he shared his experiences of campaigning and his expertise in planning and environmental legislation

He has been for twenty years a representative of the Galway City Community Network (formerly Forum) and until recently a very active chairperson (still involved) of the Galway branch of An Taisce, the only citizen’s organisation to have a statutory role in planning and environmental matters. But he and others in the latter organisation were too often ridiculed in the media and elsewhere for being anti-development, anti-jobs and anti-progress by property speculator and others. But these accusations were false. In fact Derrick and An Taisce were/are advocates of progressive development that is sustainable, not car dependent, cognisant of the natural environment and not bowing to the ‘get-rich quick’ mentality of a few wealthy vested interests. If this organisation was listened too more and their recommendations put into practice, we would never have had housing built on flood plains, or urban sprawl, or cities lacking a public transport network, or neighbourhoods devoid of proper parks and a walking and cycling infrastructure, or have so many people suffering and dying from air pollution or witness such a collapse in native biodiversity.

It is only in the last few years that much of the population at large have recognised that what Derrick and colleagues said over the decades was correct all along.

An Taisce is also the initiator and organiser of highly respected and successful eco-initiatives such as Green Schools, Blue Flag beaches, and the annual National Spring Clean which collectively have done so much to increase public awareness on, and involvement in, conservation activities.