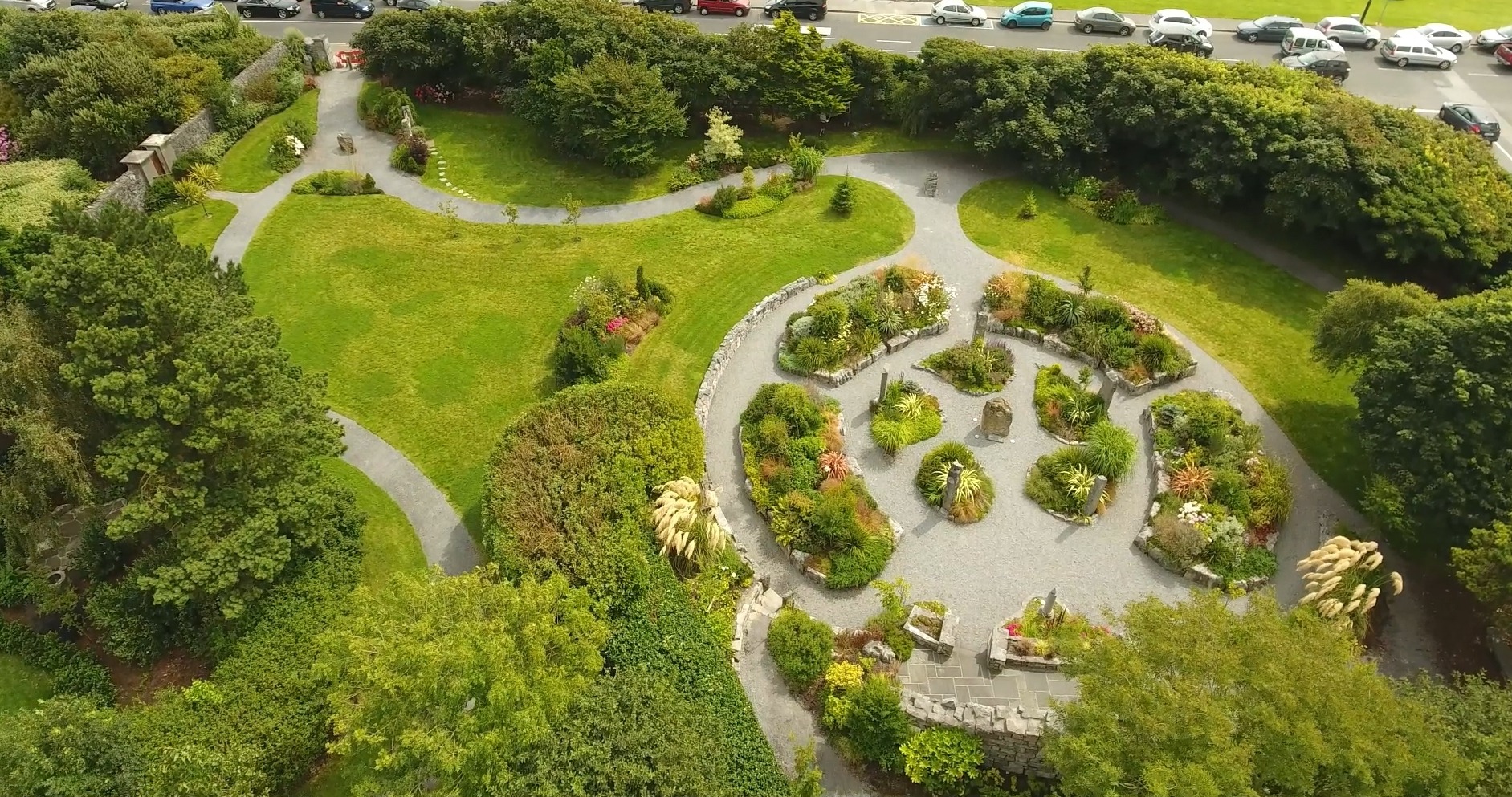 The Circle of Life is a national organ donor commemorative garden located in the beautifully sited seafront Quincentennial Park in Salthill overlooking Galway Bay and reflects the spirit of giving, the enduring legacy which defines the lives of organ donors. It was developed by the Strange Boat Donor Foundation in partnership with Galway City Council and was formally opened on May 6th, 2014.

The title of the garden, “Circle of Life”, derives from the five 2 metre tall stones surrounding the garden’s centre, and each has a carving and inscription symbolising the connectivity and interdependence of man at the different stages of his journey through life. These, and the garden’s many other stone features, sculpture and inscriptions, are designed to create an inclusive place of beauty, inspiration and welcome to all.

One example is the Global Heritage Stones trail which consists of a stone from each of the five continents to reflect the universality of the life giving the cause of organ donation and communicate a global message of inclusion and welcome.  Each of the five stones was sourced from a site associated with a different aspect of the advancement of humanity and arranged on a walkway extending from the garden through the park.
Other features in the Quincentennial Park include a small wildflower garden and a large picturesque ornamental pond complete with a large bird sculpture, waterfall and foot-bridge.

Definitely the most attractive park in the city and a very popular location for wedding photographs, it first opened in 1984 as part of the five hundred year celebrations of Galway as a city. This public facility was paid for by the Galway-based Digital Equipment Corporation (DEC) then one of the world’s largest computer manufacturing companies who commissioned it for the benefit older people of the city. A large commemorative stone was placed above a time capsule buried that year which will not be opened until 2484. 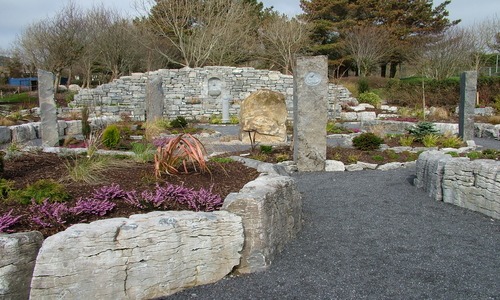