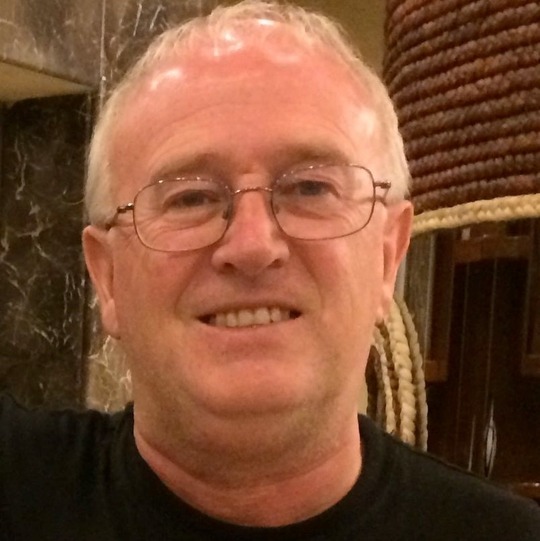 Brendan Smith is founder of the Galway National Park initiative.

In his professional capacity, Brendan serves as the Education and Public Engagement Officer of the Insight SFI Research Centre for Data Analytics at the Data Science Institute of the National University of Ireland Galway.

He has won a number of accolades for his science and technology learning initiatives as well as for his community and environmental volunteering activities.

He is a veteran member of the Galway Science and Technology Festival committee, co-founder of the volunteer Coderdojo computer coding club in Galway City and co-founder and curator of the Computer and Communications Museum of Ireland.

In 2015 he was appointed the first lead mentor and course content developer of the SAP-coordinated Africa Code Week that, partnered with UNESCO, Irish Aid, Camden Educational Trust and Google now involves 28 governments, 130 implementing partners, and provides digital literacy and coding to youth and teachers across 52 African countries, representing the largest educational digital movement in the history of the continent.

In his role as a university Education and Public Engagement Officer, Brendan works extensively with a wide range of communities and schools to engage and empower them in exploiting the potential of digital technologies for learning, cultural, heritage, social and economic purposes.

He has been a community and environmental activist for over four decades, involved in many campaigns to protect and enhance biodiversity in urban Galway and to promote sustainability. He was PRO of the grassroots Galway for a Safe Environment which stopped the construction of a regional waste incinerator in Castlegar and led in 2002 to the establishment of Ireland’s first municipal recycling-based waste collection system.  He is a founding and long-time member of the Galway City Community Network, the Ballinfoile Mór Community Organic Garden and Cumann na bhFear (Men’s Shed). Brendan initiated the campaign in 1995 that lead to the opening in 2000 of Terryland Forest Park, Ireland’s largest community-public urban woodland partnership. He is part of the EcoEd4All team, which has developed the first sustainability themed educational modular programme for Transition Year students in Ireland.