Although not a park in the formal sense of the word, nevertheless the campus of NUI Galway contains a mosaic of very important green and blue habitats that have been brought together to form an official Biodiversity Walking Trail.

The trail, which is accessible to both the campus community and the wider public, can be followed via a map, video and audio podcast tour which takes visitors from the historic Quadrangle building at University Road along the river to the northern part of the campus at Dangan. Check out www.nuigalway.ie/biodiversitytrail

Particularly noteworthy are the university grounds along the River Corrib which include a number of habitats such as parklands, woodlands, a herb garden, meadows, and reed beds. The birdlife on the campus ranges from Ireland’s smallest bird, the goldcrest, to the largest, the mute swan, as well as the world’s fastest animal, the peregrine falcon. Mammals, including the badger, fox, otter, stoat, woodmouse and pygmy shrew are also found in the grounds of NUI Galway. Distinct habitats along the biodiversity trail include the College Park in front of the Quadrangle, with sycamore and horse chestnut trees, and pipistrelle bats can be seen at sunset in the summer. The Eglinton Canal runs underneath the O’Shaughnessy Bridge that links to Fisheries Field, and is home to trout, kingfishers, and otters. The university’s herb garden, outside Moffett’s Restaurant at the Orbsen Building, is a great spot to see bees and other pollinators visiting flowers in summer. Follow the River Corrib along the campus river path to see yellow iris and common spotted orchids in summer, as well as mute swans and grey heron year round.

The alluvial woodland along the path past the Dangan Park and Ride facility features alder trees, ivy, fox, stoat, and haws in autumn.

Along the path visitors can also enjoy the reed beds between the river path and the river — home to common reed, meadowsweet, and birds such as willow warbler and reed bunting.

At Menlo Castle, on the opposite bank of the river from the sports campus, watch out for barn owl, peregrine falcon, and lesser horseshoe bats at dusk. In fact, all of Ireland’s nine bat species have been recorded in the night skies over the campus.

The Biodiversity Trail is available as a leaflet from several locations around the campus, including the information office at the Quadrangle and the Zoology and Marine Biology Museum in the Ryan Institute, and is also available from the Galway Tourist Office. 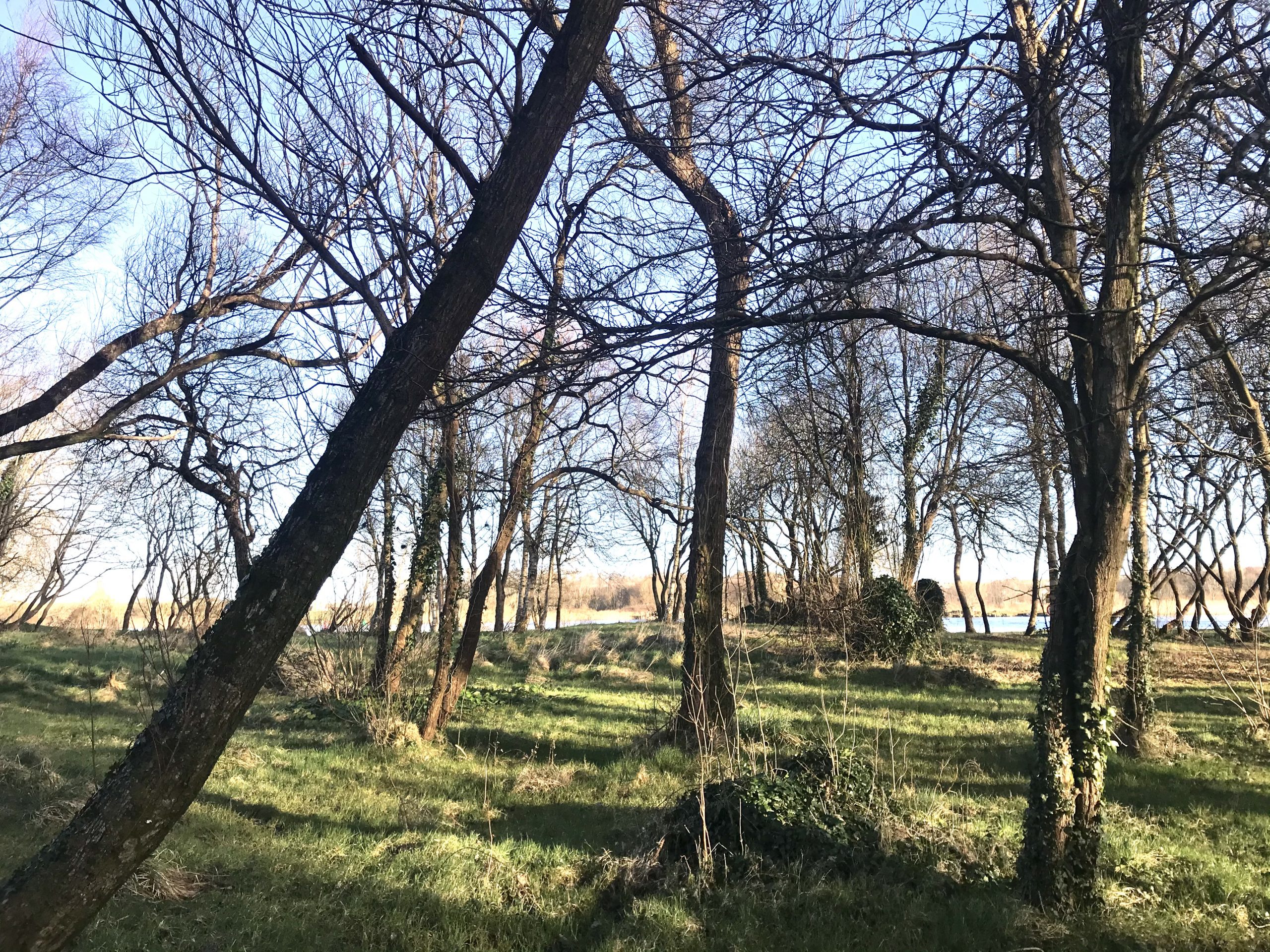