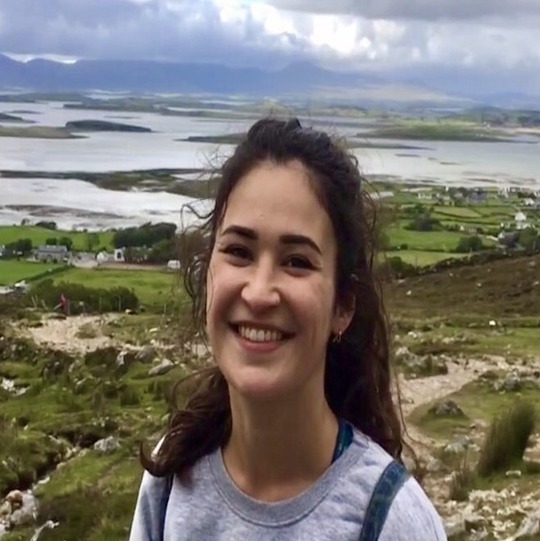 Isabella Strafford-Antonio is a Support Worker at the Chaplaincy & Pastoral Care Centre at NUI Galway. Her work focuses on both practical and pastoral support for students who are facing challenging situations in their lives. One successful strategy which she advocates is to encourage students to get outside into the fresh air and to take notice of their surroundings as a means of reducing stress and anxiety.

Isabella is also a member of the successful Seas Suas team,  a programme based on the bystander intervention model.  This programme provides education, skills training and supports for students in the areas of mental health, empathy and resilience.

She believes there is a strong link between nature and spirituality that can be very healing.  Isabella feels most grounded when wandering around woodlands and walking atop mountains. In return for the healing power of nature, she believes in giving back to the environment and practices this by conducting litter collection walks and implementing recycling and reusing whenever possible.

Isabella holds an undergraduate degree in Geography & Planning (University of Birmingham) and a Master’s degree in Environment, Society and Development (NUI Galway). As a result of her research Isabella has developed a keen interest in the relationship between people and public spaces. She is also interested in the balance between our green and built environment. Originally from Essex, UK, Isabella maintains an interest in the success of the implementation of London as National Park City, and is excited to see it replicated and adapted uniquely to our beloved city of Galway. She looks forward to working and engaging with the other Champions towards the goals of the Galway National Park City.